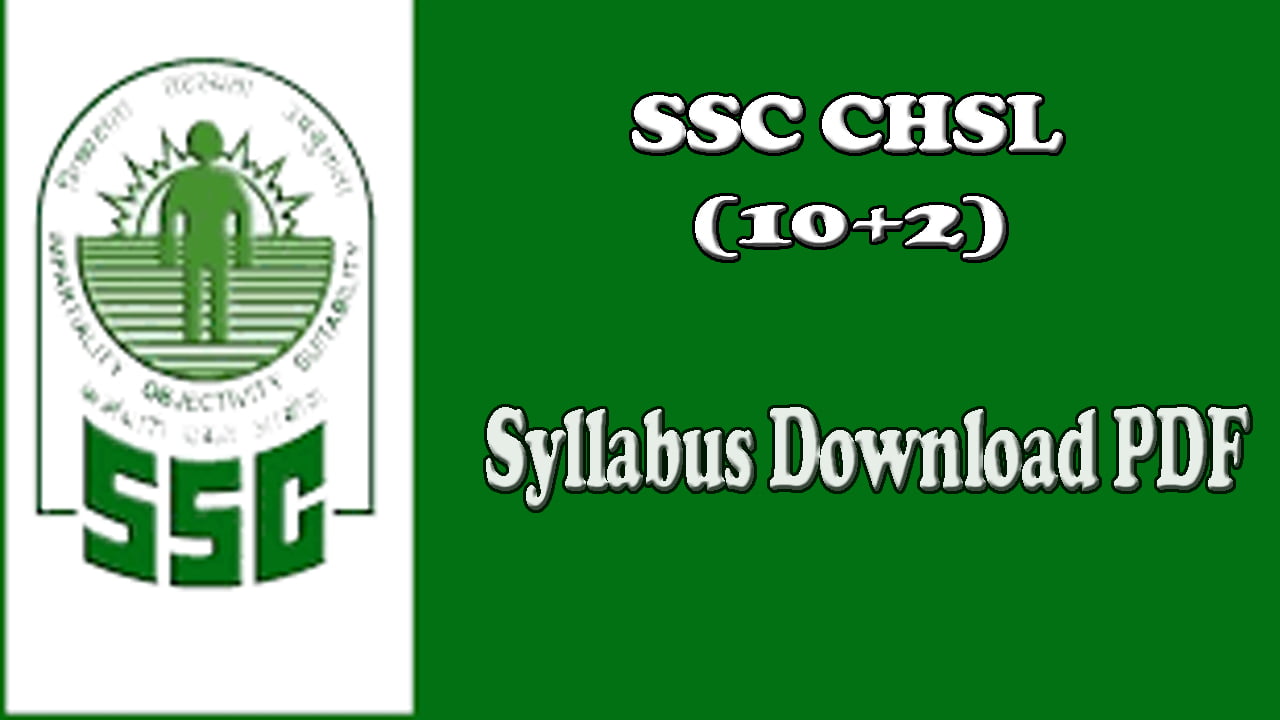 The Staff Selection Commission (SSC) has announced new Recruitment for the Post Combined Higher Secondary Level (CHSL) 10+2 in 2017. Those Candidates are Eligible to Apply SSC CHSL Online Application Form they must Apply this Form because at this time SSC Accounted to recruit 898, 2359 and 2 for the post of LDC/ JSA, Postal Assistant and Data Entry Operator (DEO) respectively.

Since there has so many vacancies for various posts so we strongly recommend you to Apply the SSC CHSL Online Form at the earliest. Here is the SSC CHSL Syllabus 2017 and Exam Pattern to help you for better preparation.

As we already tell you above Tier- I Examination will be consist of a Computer Based Exam will be 60 Minutes of the Time Duration instead of 75 Minutes.

There you got IV Answers for Each Questions and you need to choose which one is right answer for the question.

Constitutional Article in News 2021 for UPSC Exams PDF by GS...